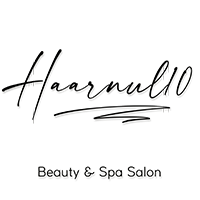 The Ordinary is the world’s most sought-after skincare brand

The Ordinary is the world’s most sought-after skincare brand

A hit with Gen Z, notably thanks to social networks like Instagram and TikTok, The Ordinary has scored runaway success in just a few years, counting more and more fans worldwide each year. Now, research reveals that The Ordinary is the world’s most sought after skincare brand, topping the list of most searched skincare brands in no fewer than 41 countries, ahead of Dove, Bioderma and CeraVe.
In just a few years, The Ordinary — a brand that’s yet to celebrate its 10th anniversary — has managed to join ranks with the most popular skincare brands. Analysing search data for more than 70 major skincare brands worldwide, expert advice website Skincare Hero [1] reveals that The Ordinary tops the search list in 41 countries around the world, far ahead of major international brands like Dove (ranking first in 9 countries), Bioderma (ranking first in 6 countries), and CeraVe ranking first (in 5 countries).

Effective, authentic, accessible
There’s no denying that The Ordinary, now part of The Estée Lauder Companies, is a hit on social media, particularly on TikTok — a favorite among Generation Z users — and that the brand is backed by a crowd of influencers including Kim Kardashian, who alone has some 220 million Instagram followers. The brand also fits with several major trends of the moment, meeting new consumer expectations with simpler formulations, no controversial ingredients, minimalist packaging echoing pharmacy brands, and accessible prices.

In fact, the brand’s products retail at US$3.50 to US$28.90, with a majority of products priced at under US$10. And price is a major factor for consumers who, from the look of their many TikTok comments, also appear to be satisfied with the effectiveness of these beauty essentials.

The Skincare Hero study reveals that The Ordinary tops the skincare brand search list in the USA, Canada, France, Germany, the UK, Italy, Spain and Australia.

Popularity clearly linked to affordability
From the look of the ranking of most-searched brands, it seems that accessible skincare is especially popular with consumers. Dove comes in second place, topping the search lists in nine countries — including Bosnia, the Bahamas and Jamaica — while Bioderma comes third, topping the search list in six countries, including Hungary. Next come CeraVe, Estée Lauder, L’Oréal Paris, Vichy, Clinique and Neutrogena.